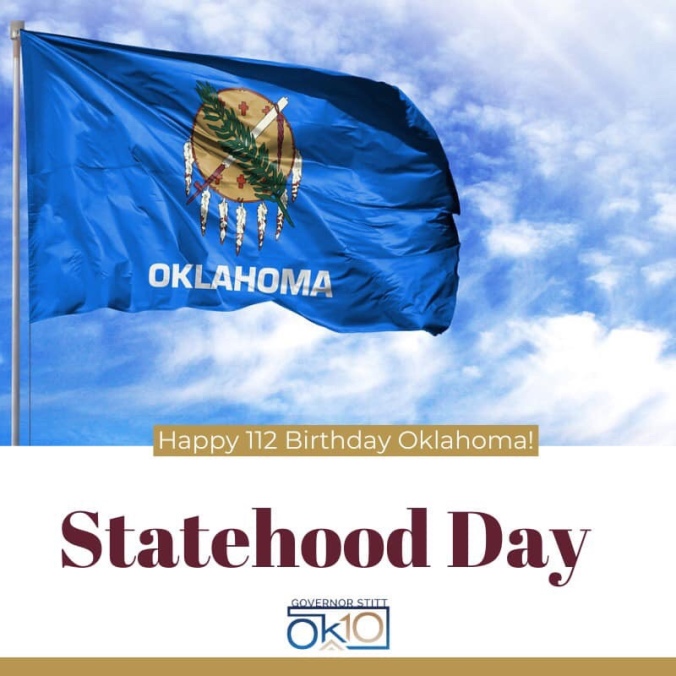 Vinita is the oldest incorporated town on Oklahoma Route 66 being established in 1871. Vinita was the first town in Oklahoma to enjoy electricity. Originally named Downingville. The towns name was later changed to Vinita, in honor of Vinnie Ream, the sculptress who created the life-size statue of Lincoln at the United States Capitol.

Turner Falls Park in Davis is the oldest park in Oklahoma. Many springs from the world famous Arbuckle Mountains form Honey Creek that cascades down a seventy-seven foot fall to a natural swimming pool making the majestic Turner Falls the largest waterfall in Oklahoma.

There is an operating oil well on state capitol grounds called Capitol Site No.

Born in 1879 on a large ranch in the Cherokee Nation near what later would become Oologah, Oklahoma, Will Rogers was first an Indian, a cowboy then a national figure. Will Rogers was a star of Broadway and 71 movies of the 1920s and 1930s, a popular broadcaster and wrote more than 4,000 syndicated newspaper columns.

Boise City, Oklahoma was the only city in the United States to be bombed during World War II. On Monday night, July 5, 1943, at approximately 12:30 a.m., a B-17 Bomber based at Dalhart Army Air Base (50 miles to the south of Boise City) dropped six practice bombs on the sleeping town.

Choctaw is the oldest chartered town in Oklahoma. Choctaw gained status as a town in 1893.

Originally Indian Territory, the state of Oklahoma was opened to settlers in a “Land Rush” in 1889. On a given date, prospective settlers would be allowed into the territory to claim plots of land by grabbing the stakes marking each plot. A few of these settlers entered to claim land before the official start of the land run; these cheaters were called “Sooners”

Oklahoma’s four mountain ranges include the Ouachitas, Arbuckles, Wichitas and the Kiamichis.

Oklahoma’s state wildflower the Indian Blanket is red with yellow tips. It symbolizes the state’s scenic beauty as well as the its Indian heritage. The wildflower blooms in June and July.

Oklahoma has more man-made lakes than any other state, with over one million surface acres of water.

Sequoyah’s Cabin in Akins is a frontier house of logs, occupied (1829-44) by Sequoyah (George Gist), the teacher who in 1821 invented a syllabary that made it possible to read and write the Cherokee language.

Donate to HHSNA Today to help support your neighborhood!